The Ultraboost 21 represents a welcome return to form from adidas. There are lots of performance improvements, with 6% more Boost, greater responsiveness and an updated upper. But the biggest difference is in the design; it is visually so much better than the UB19 and UB20. This is the best Ultraboost update in years; runners will be happy with the tech updates, whilst those who wear them casually will be delighted with the new aesthetic.

Until now, my favourite Ultraboost was the first version, the 1.0 or ‘OG’ as it is now known. It was a majestic mix of hype-worthy designs and innovative tech, with the TPU based Boost midsole kicking off an energy return revolution in running shoes. But after four immensely successful versions across 1.0 to 4.0, adidas decided it wanted to reclaim the Ultraboost from the sneakerheads, and reposition it as a flagship running performance model. That led to a complete change of direction in the UB19 and 20, and it lost its cool and didn’t really fit in any category aesthetically. It wasn’t an outstanding performance shoe, and it wasn’t good enough looking to wear casually.

Luckily that has changed with the Ultraboost 21. It is more clearly a performance shoe, with a more aggressive shape, but also sleeker silhouette. With the UB21 update, the Ultraboost is more attractive than it's been in years. The Ultraboost has such a strong style legacy, and adidas seemed to forget that in the last two versions. The UB21 is a much more natural successor to the original Ultraboost. Gone are the 3D heel frame cutouts and clunky lace cages, with both the solid plastic heel counter and plastic sidewall cage making a comeback. It isn’t a full plastic cage like version 1-4, as the cage is not connected to the midsole, instead stitched on just above it, and there are translucent elements making it less intrusive.

Whilst it is a clear return to the original look, it is still a fresh approach, with a high foam stack, and I love the way the midsole is sculpted, with a subtle speed line in the middle of it creating striking lines. Overall I think it’s a really good visual update. 6% more BOOST in the midsole

The UB21 has 6% more Boost than its predecessor, which doesn’t sound like much, but remember that the UB19 & 20 already had a 20% increase, so alongside the OG the difference is really striking. Even alongside a UB20 it looks like more than a 6% increase, especially around the heel, but it is visually slightly deceiving, as the foot sits deeper inside the midsole than before, and the foam wraps around the heel, creating sidewalls that cup it.

The Boost foam itself has changed in the Ultraboost 21, and it is noticeably firmer which I think is a good thing, as I found the ride in the last two versions excessively soft. adidas claims that the firmer foam makes it 20% more responsive. Maybe you lose a bit of the plushness, but it is still a super comfortable ride and now that bit more responsive.

The heel to toe drop on is 10mm, which is considered the go-to heel drop at the moment.

My only real criticism of this update is the increase in weight. The UB20 was already at the heavier end of the spectrum for running shoes, and the with the increase of Boost material in the midsole, the Ultraboost 21 weighs 337g vs. 309g for the Ultraboost 20. For me this limits it to more leisurely training runs where comfort is the priority over speed. As well firmer Boost, there is a new torsion system called LEP (‘Linear Energy Push’) with a stiffer plate that sits beneath the midsole. adidas claims this results in a 15% increase in forefoot bending stiffness, and when you bend the shoe it is a really noticeable how much stiffer and springier it is. It does definitely lead to a more responsive, snappier ride, which is a much needed update. Aside from the improved looks, I think the new torsion system is the biggest improvement in the Ultraboost 21, it really propels you, and you feel that forward push in the last phase of your transition. The lightweight and comfortable Primeknit+ upper has been excellent on the last two models, and there is another slight improvement here, containing the foot a bit better than previous knits, resulting in a nice locked down, sock-like fit.

adidas’ is the leading major sports brand when it comes to sustainability, and all Ultraboost 21s use Primeblue in the upper, which is a recycled material using at least 50% Parley Ocean Plastic. There is no new polyester in the upper. Does the Ultraboost 21 fit true to size?

The Ultraboost fits true to size, and the precision fit of the Primeknit+ upper means just about any shape of foot will feel well supported. I'd recommend that most people go with their measured size, though if you have wide feet you might want to go half a size up.

This is a really strong update, and I much prefer the Ultraboost 21 to the two previous versions. There are lots of incremental improvements, and two big ones: 1) it is visually so much better, with a more modern, sleek design, and 2) it is springier, with more responsive ride transitions. The only negative is the added weight. 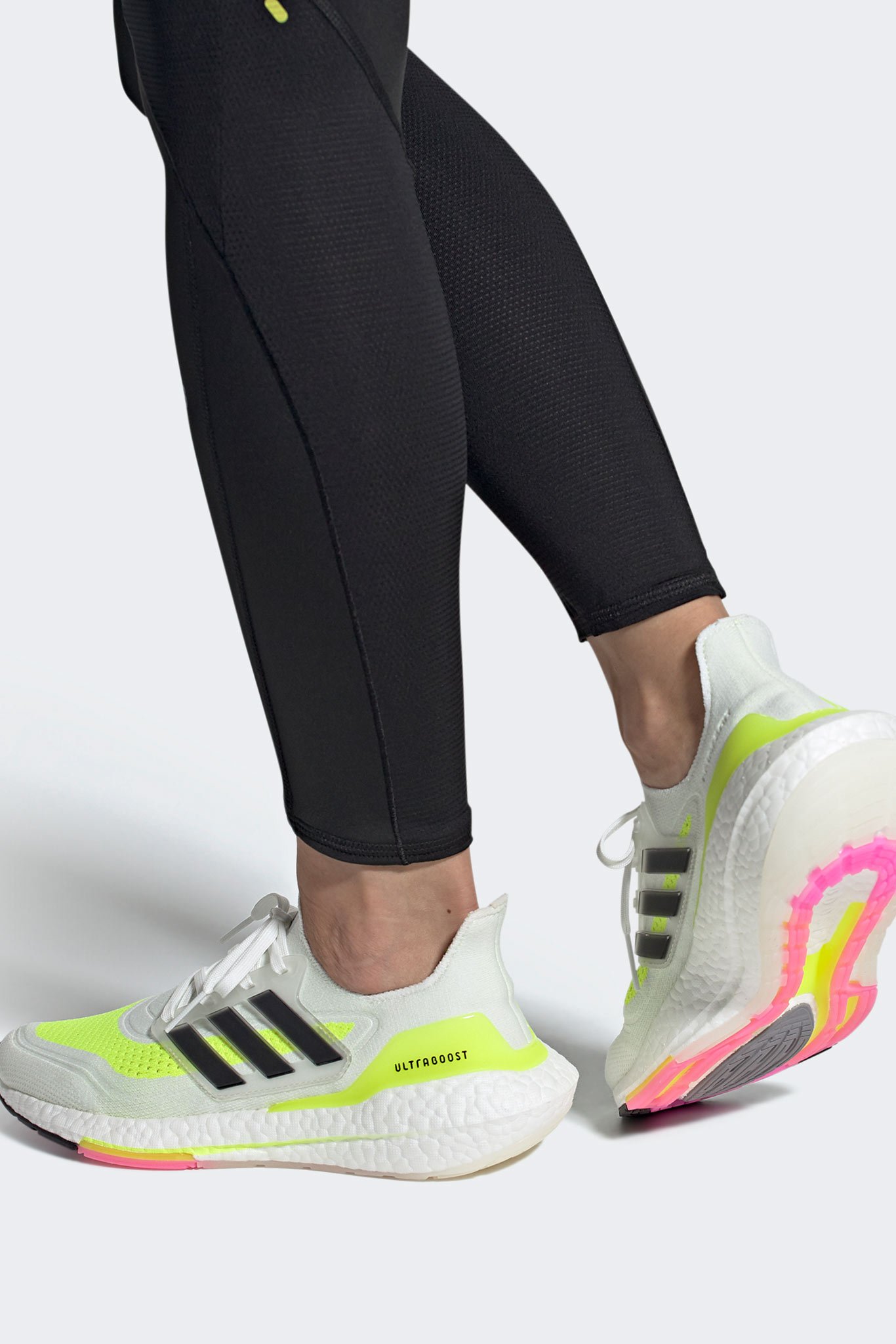 8 Top Tips to Keep You Running In Winter

James Holt of Midnight Runners put the adidas Ultraboost 20 to their paces. Check out his full review.

Triathlete Matthew Low from SwimBikeNike gives a deep-dive review of the On Running Cloud.

Sustainable Sportswear: Get to know adidas x Parley For The Oceans