Nearly half a million people entered the ballot for the 2019 Virgin Money London Marathon, making it the most popular marathon in the world. Organisers report London Marathon broke its own world record, as a whooping 414,168 people applied to participate in this year’s race.

With numbers like that, it’s hard to dispute that London is a runner’s playground. Of course, not all runners are looking to take on such a distance. Fortunately for seasoned marathoners and couch-to-5kers alike, London’s running culture is as diverse and varied as the city itself; there’s something for everyone. Whether you’re training for a race, or just looking for a social activity, an urban running club is a great place to get moving.

In no particular order, here are a few of the best running clubs worth checking out in London: 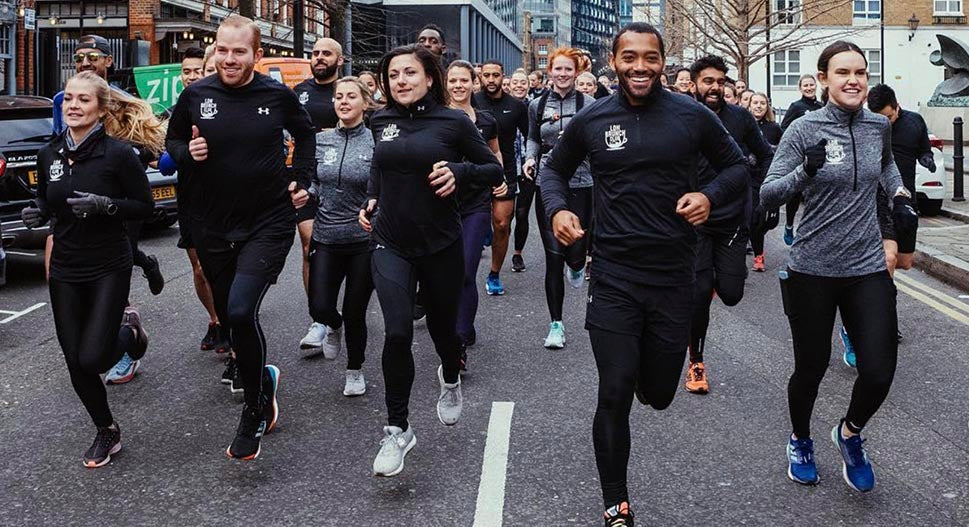 Sunday brunch has a twist with LDN Brunch Club. Based in east London, this inclusive group provides support and training for runners at all levels. Their exploratory Sunday routes finish with a hard-earned meal at different cafes and restaurants, offering the perfect format to socialise and see different parts of the city.

With the recent addition of their “Healthy Body, Healthy Mind” initiative, participants can take advantage of cross-training events such as strength and conditioning sessions and yoga for runners. London City Runners are a true reflection of the city: they’re welcoming, diverse, and they love a beer after putting in some miles. The group quickly outgrew their humble beginnings of meeting in a flat before each run, to now having their very own clubhouse on Bermondsey Beer Mile.

More than a running club, London City Runners are a pillar of London’s community. In addition to their regular loop across Tower Bridge, this group offers other events to help get you moving. If you’re new to the city (or even if you’re not), you can sign up for scenic ‘Running London Tours’. Or if you’re taking steps to your first race, sign up for their tailored ‘Couch to 5k’ programme. However you get involved, be sure to grab a drink at the clubhouse after. For many, it would take a pretty good incentive to get out of bed and exercise before the sun comes up. What about something awesome? The energetic folks at Project Awesome are all about starting the day on a positive note and a workout, in that order.

It’s not an overstatement to say this bunch brings a dose of rainbows to The Big Smoke. If you’re looking for some Awesome, they host events every week at Tower Bridge and Primrose Hill, kicking off at 6.30am. The encouragement and enthusiasm of the crew will make the early start well worthwhile. Contrary to what the name suggests, Midnight Runners actually set off from a slightly more acceptable time in the evening. They’re a group on a mission to celebrate their city and break the confines of the gym. Their ‘music bootcamp runs’ rack up a distance of 10km with 5 exercise stops, and they take runners passed some of London’s most iconic landmarks. Participants of all paces are never far from a crew captain, just listen for their booming bluetooth speakers.

In addition to their 10km bootcamp, you can join in on a Thursday track session or exploratory Sunday long run. Occasionally, this group hosts a themed costume run, finishing at an afterparty venue into the wee hours of the morning, talk about work hard play hard. The Midnight Runners formula is equal parts fitness and community, so after a workout, join this bunch at the pub to make some new friends. Run Dem Crew was formed from the creative mind of DJ, poet and writer, Charlie Dark. RDC is a community-first group, committed to running hard and having a positive impact on London’s young people. Those looking to explore London’s urban environment while getting fit need look no further. Whether you’re a ultra-marathon maniac or training for your very first race, RDC offers paces groups for all abilities and embraces you wherever you are in your fitness journey. When they’re not running, the RDC host workshops, films, and other events. If meeting up with a handful of friends is more your speed, myCrew is the app for you. myCrew aims to make fitness more social and versatile. App users can create events, design routes, and join up with other active Londoners on the platform at similar abilities. Users can host events and stay in the loop about other activities going on their area. Running is not necessarily required, but it could be just the right place to get you motivated to run.

Are you marathon nutrition ready?

How to taper your training in the week before your marathon >