At The Sports Edit, we are dedicated to scoring the globe for the world’s finest sportswear to empower your fitness. Premium performance apparel allows you to make the most of the activities you practice on your wellness journey; each movement is more efficient and your kit is never holding you back. But where do you like to go to keep fit? A great environment is just as important as kit in creating a powerful practice. We’ve made a list of some of the most beautiful yoga studios in the world to feed your inspo. So whether you’re planning must-see’s as part of an active travel holiday, or you’re a local, be sure to pay these gorgeous studios a visit. Part yoga class, part immersive cinematic experience, Fly LDN has reinvented the convention of what comes to mind when we think of yoga studios. The studio is a large, dark space lit up by a floor-to-ceiling HD screen showing videos and images of tranquil landscapes. These natural scenes are accompanied by calming music, creating an environment of connection with the practice. The dimly-lit immersion allows participants to focus on their own movements rather than observing people around them, perhaps also helping to remove intimidation first-time yogis might experience. This all feeds into Fly’s mission of creating a low stress, low impact escape from busy London, leaving you with a greater sense of calm and wellbeing. ChromaYoga combines light and colour therapy techniques, soundscapes, and natural scents to bring a wide spectrum of benefits to their yogi participants. This multisensory approach to yoga to helps yogis truly visualise their practice. Each ChromaYoga class is held in a meticulously designed room saturated in a specific colour of light. The teachers then guide the classes through a set flow which corresponds to the manifesting properties of that colour. It’s this methodical bridge between commercial and experimental that earns ChromaYoga its name as one of the best yoga studios in London and certainly one of the most beautiful. Some classes offered at ChromaYoga include: MOVE by Market Halls boasts a London location second to none. Situated on the first floor of Market Hall Fulham, the studio is lined with gorgeous windows bringing in natural light and that opens up the room. According to the team, “our studio in Fulham looks like no other and our gym classes feel like no other.” That’s because the goal at this studio is to empower clients to move to their fullest potential, be that through yoga or one of their dynamic HIIT classes. As if that wasn’t already great, you can choose from one of the fantastic eateries in the Market Hall below for some post-yoga nourishment. Sweaty Soul Studio is an immaculate space in Dublin’s busy financial district. Beaming with natural light, the studio will have you feeling instantly energised by the bright and minimalist aesthetic. Sweaty Soul was early to arrive on the scene as yoga was building popularity in Dublin, and its dedicated team of instructors has been guiding their community through strengthening yoga flows ever since. If you can’t make it over to the studio itself, founder Molly McKeever regularly uploads guided yoga tutorials on her YouTube channel. It comes as no surprise that Los Angeles is home to some of the world’s most beautiful yoga studios. Wanderlust Hollywood is a bohemian dream come true nestled in the heart of Hollywood, California. The multifunctional space accommodates spans three floors, and is meticulously designed to house an organic restaurant, outdoor patio, an events hall, and 3 yoga studios, some of which accommodate classes up to 150 guests. For all it has on offer, Wanderlust maintains its down-to-earth feel with warm-hued wood floors and exposed brick walls.

So what types of classes are on offer here? Wanderlust specialise in a Vinyasa-cum-Ashtanga-Iyengar hybrid. The unique style taught at Wanderlust was developed by Schuyler Grant, co-creator of the ever popular Wanderlust Festival. The goal is that each class has yogis present in the moment while working up a sweat and reaching for their yoga aspirations. This studio is another Los Angeles hot spot. One Down Dog has a few studios in the LA area, but the one that gets the shout out on our list is their studio on Sunset Boulevard, one of California’s most iconic streets, and its studio is just as beautiful. Great big windows allow for light to pour in as if it was just reflected off the ocean itself, and its high ceilings create a sense of openness to allow yogis to feel free to connect deeper into practice. The interior features bright street art murals, adding a sense of urban cool. Of course if that’s not enough to entice you, One Down Dog on Sunset is just a stone’s throw from Griffith Observatory, where visitors can hike the winding trails. or drive to the top for spectacular views of the city! How’s that for California dreaming? Amidst the skyscrapers and the hustle and bustle of New York City, you can find your “Om away from Home” in Yogamaya. A serene escape for yogis located in The Big Apple. The studio’s teal-painted walls and windows with wonderfully detailed wooden screens will make you feel as though you’re relaxing in Bali rather than the Flatiron District. Their Vinyasa classes are taught under a great big skylight, so you can give your truest sun salutation. Yogamaya is a studio rooted in community. According to the team, “Yoga is a practice of self study. But we believe that connecting with each other on this journey is the key to a deeper connection with ourselves and everything we’ve created is to foster these connections.” One Hot Yoga in Sydney and Melbourne are half architectural genius, half yoga and reformer pilates studio. But don’t just take our word for it, these studios, designed by Rob Mills Architecture and Interiors, have won multiple global awards for their wellness-focussed interior design. Still not convinced these are some of the best yoga studios in Sydney and Melbourne? In addition to being beautiful, One Hot Yoga is powered by a unique hydronic heating system. So in addition to being energy efficient, uses water and air to heat up the holistic studio. The environment at One Hot Yoga will empower you to go deeper into your practice, leaving you feeling grounded and rejuvenated. The Aussies are really raising the bar for yoga studios. Melbourne natives Humming Puppy are making waves in the ways people practice yoga – sonic waves. Now with locations in Sydney and New York in addition to their first Melbourne studio, the interiors are stunning in their own right. But there’s more than meets the eye. The first thing you’ll notice upon entering this space is that the place is literally humming with a resonant sound. This yoga space and uses sound frequencies to enhance and deepen your yoga experience. To be more specific, Humming Puppy crafts their classes with a combination of 7.83hz and 40hz. Why use sound frequency in yoga? 7.83hz is actually the frequency of the earth itself, and is intentionally used in class to help ground yogis through their practice. 40hz is the frequency associated with Gamma brainwave activity, catalysts for achieving peak performance. If none of that is enough to tempt you, the hum just feels good! Tucked away in the Paris 7th, is serene a yoga studio bringing great yoga to the City of Lights. Yuj Yoga is a spot so chic, we’d go there just for the amenities and cafe. But the studio room at Yuj is the real showstopper. The walls are painted black and are lined floor to ceiling with string lights, creating an effect that feels as though participants are practicing amidst a tinkling sky of stars. Such an environment has been carefully crafted by the studio, so yogis check their stressors of daily life at the door, as they enter this celestial yoga haven. The intimate space is cosy, so that instructors can ensure participants with practice correct alignment to really get the most out of each session. Yuj has several locations in Paris and one in Chamonix.

The truth is, there are a many, many beautiful yoga studios around the world. So many, it made this list difficult to whittle down. We hope this list has been a useful guide to gorgeous studios for your practice. Did you learn about a studio near you which you didn’t know about previously? Or did one of your fave go-to’s make the list? Let us know. And if you’re near one of these spots, do try one of their classes.

Get to Know Molly McKeever >> 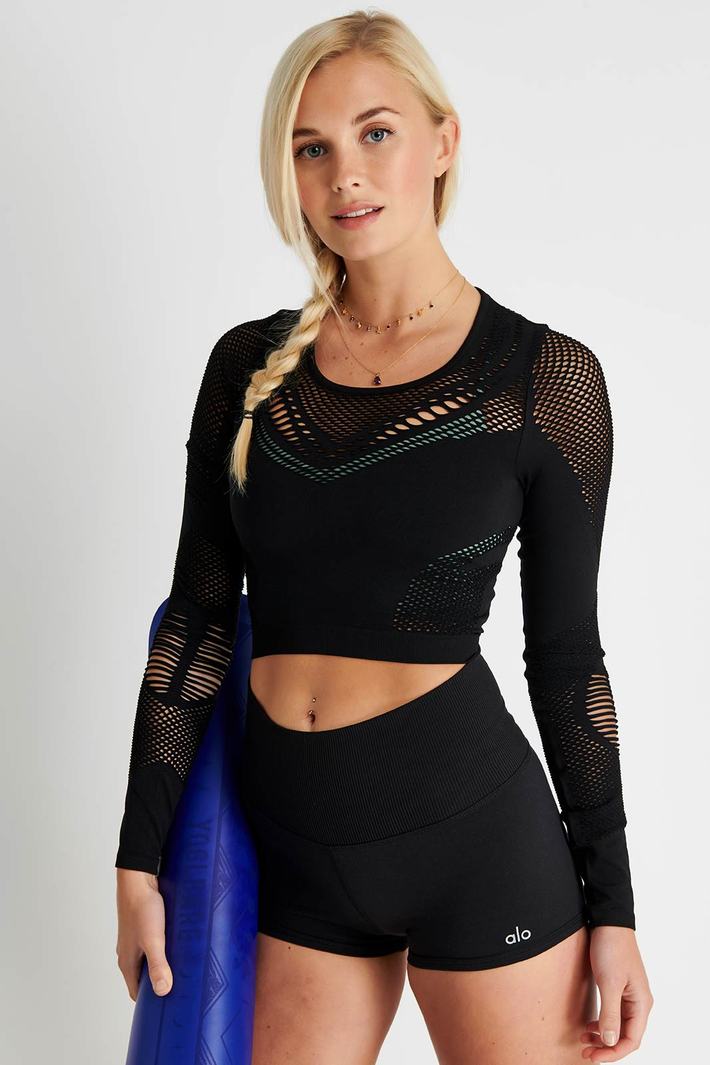 The ultimate guide to yoga

The Ultimate Guide to Yoga Socks

Here's what to wear to Pilates

Reformer Pilates: What is it and does it get results?

Want to tone up and improve your alignment? Look no further

Manduka Yoga Mats: Everything you need to know

Find a long-lasting mat that suits your practice best

How to Build Strength through Yoga