What is the Wim Hof Method? Wim Hof Breathing Explained Before Wim Hof was born in Sittard, a city in the southernmost tip of the Netherlands in 1959, what he’s achieved was thought to be scientifically impossible. It was believed that ‘both the autonomic nervous system and innate immune system were regarded as systems that cannot be voluntarily influenced.”

Hof claimed, boldly, that this theory was wrong. He was ridiculed for using a method seemingly so primitive, but he would eventually prove the doubters wrong.

Here we take a look at the origins of the 'Wim Hof Method' (WHM) and assess its benefits, while uncovering some tips along the way.

WHO IS WIM HOF?

Hof was one of nine children born into a working-class family. By the age of 17 he was already very interested in Yoga, Karate and even Hinduism – not the average hobbies for a 17-year-old boy in the 1970’s. Then, in the winter of 1976, Wim was walking alongside a somewhat frozen Beatrixpark Canal when the urge came to him. It was then he decided to strip down and take a dip, he enjoyed that much he went back the next day and did the same again, and again throughout the winter months.

In an interview with The Rolling Stone in 2017 he said: “I felt this attraction to the cold water, and then, after I went in, I felt this understanding, an inside connection. It gave me a rush. My mind was free of gibberish.”

This daily routine continued for the next 15 years, he kept his ideas to himself and carried on working and living a ‘normal’ life. However, when his wife and mother of his four children committed suicide in 1995, he felt his breathing techniques and cold-water routine could help others suffering with poor mental health. Shortly after, he began trying to popularise his methods. After plenty of persistence a TV crew agreed to film him jumping into holes he had cut out from a frozen lake. During filming, Hof saved a man who had accidentally fallen through the ice.

Here was born the nickname ‘The Iceman’ who would set a world record for fastest half marathon barefoot on ice and snow, with a time of 2 hours, 16 minutes, and 34 seconds in 2007 and climb to an altitude of 7,200 metres on Mount Everest wearing nothing but shorts and shoes. WHAT IS THE WIM HOF METHOD?

According to Wim: “The Wim Hof Method can be characterised by its simplicity, applicability and a strong scientific underpinning. It is a practical way to become happier, healthier and more powerful.”

The method was first held in disdain due to its simplicity and its primitive nature. Yet, it is our humble origins that humans have forgotten about. We have buried our inner power and developed a different attitude towards nature. We no longer must adapt to extreme temperatures; we put the heating on or flick on the air conditioning. Therefore, times when our bodies are naturally stimulated are few and far between.

The method itself is based on two very powerful forces, breathing and cold therapy, both of which are forces that need to be re-awakened due to our comfortable state of living. Breathing is something we take for granted; for all 60 seconds of every minute, 60 minutes of an hour, every 24 hours of a day, we’re doing it. What we don’t do is realise its true potential. A potential which the WHM unlocks due to heightened oxygen levels. Meanwhile, cold therapy may not seem quite as natural but done correctly can also unearth a host of benefits that you will, after time, warm to.

By participating in the breathing techniques of the WHM, you can reap several rewards:

This benefit speaks for itself. Whatever your work, hobbies or tasks entail. Doing them with increased energy levels will make life a lot easier and will help you be more productive throughout the course of the day.

If you feel a busy schedule is starting to take its toll, then putting some time aside to practice some Wim Hof breathing may make a massive difference to ease your anxieties.

The first scientific analysis on Hof was performed in 2007 at the Feinstein institute in New York, the University medical Centre St Radboud in Nijmegen expanded on this research and after running several tests in 2011 they found he could control his immune system.

Reduced inflammation of the muscles via cold water therapy means fewer aches and pains getting out of bed in the morning after a tough session the previous day. Cold therapy is therefore a great recovery method, trusted by elite athletes across the globe.

The improved sleep induced by cold water therapy has a whole reel of its own plus points: better recovery, better mood, reduced stress and anxiety and an all-round better quality of life from the moment you wake up.

Much like improved sleep and balanced hormone levels, the endorphin rush that follows cold water immersion just makes you ‘feel good’, it’s that simple, all from a cold shower or dip. Specific benefits include reduced depression, anxiety, improved self-esteem, and better regulation of appetite. HOW TO: WIM HOF BREATHING METHOD

Always do the WHM breathing exercises in a safe environment and unforced. Don’t practice the WHM in any environment where if you did pass out, serious injury could occur, the sofa is perfect.

The WHM breathing technique may cause tingling sensations or light- headedness. Taking it step by step is crucial. Do not practice the WHM during pregnancy or if you have epilepsy. Those with cardiovascular health issues or any other serious health issues should consult a doctor beforehand.

Sit in a meditation posture and make sure you can expand lungs fully without any restriction. Preferably on an empty stomach.

Inhale through the nose or mouth, exhale through the mouth in short powerful bursts, like blowing up a balloon. Keep a steady pace, close your eyes, and do this 30 times.

The hold and retention after exhalation

After 30 breath cycles, draw one more breath and fill the lungs to maximum capacity without force. Hold your breath until you experience gasp reflex.

Inhale to full capacity, feel your chest expanding and then hold your breath for 10 seconds, this will be round one. Repeat previous steps three more times.

After completing the breathing exercise enjoy the feeling and take your time to recover. When you become more experienced with the breathing techniques, then you can start cold therapy.

The Cold is a very powerful force that you should expose yourself to in small doses to begin with. If cold therapy isn’t practised responsibly, there is the risk of hypothermia.

If you are new to the WHM, take it slow. A cold shower for 30 seconds at the end of your ‘normal’ shower is enough to begin with. Initial shock such as shivering is perfectly normal. Close your eyes and really embrace the cold.

If you do feel any real discomfort beyond the initial shock, get your body warm as soon as possible and go again in a couple of days.

Take it step by step with the WHM breathing techniques and cold therapy. The health benefits of both are well worth the slight discomfort that may come with the experience, such as light headedness and the cold pinch! 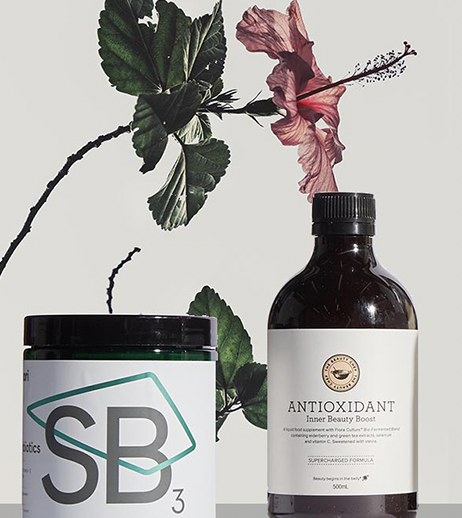 What is Breathwork and What Are Its Benefits?

Easy Guide to Yoga For Sleep

An Introduction to Meditation for Beginners

The Best Meditation Apps to Boost Your Everyday Mindfulness

What is Mindful Movement and Why Should You Try It?

What is Breathwork and What Are Its Benefits?

The Best Meditation Apps to Boost Your Everyday Mindfulness

Looking for a convenient way to start meditating? We've done the heavy lifting and reviewed the best apps for meditation.

An Introduction to Meditation for Beginners

Meditation is becoming increasingly popular. But what is it and how can you start meditation? We find out.

- 30 Day, No Quibble Return Policy
- FREE UK Returns
- We work with ReBOUND to offer you several options to return your item to us to make it as easy and convenient as possible.

- 30 Day, No Quibble Return Policy
- FREE German Returns
- Easy, low cost International returns to local warehouses
- We work with ReBOUND to offer you several options to return your item to us to make it as easy and convenient as possible.

- 30 Day, No Quibble Return Policy
- Easy, low cost International returns to local warehouses
- We work with ReBOUND to offer you several options to return your item to us to make it as easy and convenient as possible.