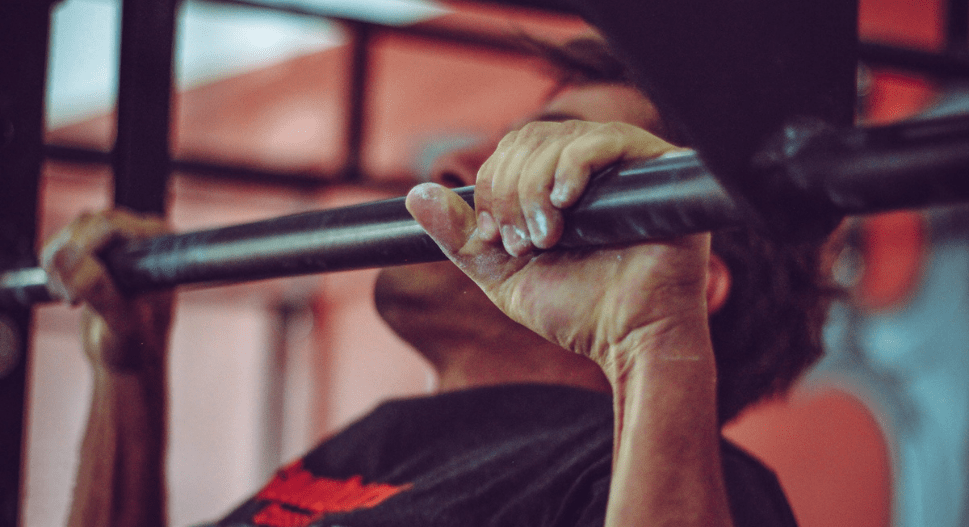 In an era where fitness fairy-tales rule the front pages of magazines and dominate reels of Instagram feeds, CrossFit provides the brutal, yet fulfilling reality that hard work pays off. This is the slogan that recently retired CrossFit King Mat Fraser lived by when he racked up five CrossFit games titles on his way to wear the crown of the fittest man to have ever lived.

CrossFit is relatively new; it began at the turn of the century and is now the world’s largest fitness chain with 14,000 gyms. You’ve probably heard about it from time to time while mulling around the squat rack at your commercial gym but maybe it seems too complex or too difficult to try. Fear not, the reality is much simpler as long as you’re prepared to work hard, sweat lots and breathe very heavily now and again.

THE HISTORY OF CROSSFIT TRAINING

Santa Cruz, California was the birthplace of CrossFit. 20 years later, 11.5m people tuned in to watch CrossFit Games athletes perform EMOM’s and AMRAP’s, more on those later. Member numbers rocketed as the idea of being coached professionally to learn new movements and become insanely fit, all while becoming part of a strong-knit community, took off.

Consequently, we are now seeing athletes who have grown up with the sport. For 2020 Rookie of the year and third fittest-on-earth, Justin Medeiros, CrossFit training was simply part of his education. Unlike Mat Fraser who wandered unassumingly into a CrossFit ‘Box’ already older than what Medeiros is now, from an Olympic weightlifting background.

One of the most attractive elements of the sport is its adaptability, it incorporates everything from High Intensity Interval Training to Calisthenics with Strongman squashed somewhere in between, perhaps all in a 20-minute-workout. While there’s so many different exercise combinations that can be included in a CrossFit WOD, let’s take a look at a typical 10-minute EMOM – Every Minute On the Minute.

While CrossFit athletes work to time and reps, they also work to calories. Minute one may set a task of smashing 22 calories on the rowing machine, the quicker you complete this the greater the rest period before you hit minute two which may consist of 22 Burpees. Repeat this for the full 10-minutes and you’ve already completed a WOD. See, simpler than you think.

There are an endless number of acronyms but here’s the main ones to begin with.

WOD – Workout Of the Day.

EMOM – Every Minute On the Minute. This means you perform an exercise, or exercises at the start of every minute for each minute of your workout. EMOM’s can be as short as nine minutes and as long as you want to endure the pain.

AMRAP – As Many Reps/Rounds As Possible. This type of workout is continuous for a set period of time. Anything from nine minutes is good, AMRAP’s above 15 minutes are commendable, anything more than 25 minutes risks a rather large puddle of sweat.

Met-Con – Metabolic Conditioning workout. A phrase which has grown with CrossFit to describe an all-out, as fast as possible workout to have you gasping for breath.

CFT – CrossFit Total. This consists of your ‘Raw’ maximum squat, press and deadlift. HOW TO START CROSSFIT TRAINING

Hundreds if not thousands of people have found solace in CrossFit over the last year while gyms, for the most part, have been closed. Why? Because it can be done everywhere and anywhere, using minimal equipment. The humble burpee needs no introduction or equipment and is the heartbeat of many WOD’s.

It is in fact a worry for CrossFit’s new chief executive Eric Roza that more people are doing CrossFit from home. When April 12th rolls around, we’ll see whether people continue to do so.

If you’ve got space then you can do CrossFit, it’s that easy. If you’ve got a dumbbell then even better, a spin bike? Better still. But for beginners, bodyweight exercises such as squats and burpees are often sufficient.

There are over 500 CrossFit affiliated gyms in the UK, all of which can be found with a quick search on the official CrossFit website. The community togetherness and strength in numbers to push you through the pain barrier is the best part of joining a CrossFit gym. Cliché or not, you will make friends for life.

At whatever ‘Box’ is closest for you there are a range of membership options to suit your needs. On first viewing membership prices may seem expensive, but you get what you pay for with specialised coaches and an incredible atmosphere. After starting out in the sport in 2015, Reece competed in his first CrossFit Games in 2017 where he announced himself as third fittest-teen-on-earth before returning in 2019 to consolidate his standing with a fourth-place finish in the teen section.

Reece is affiliated to CrossFit River Mersey in Liverpool and feels the community aspect is key for the sport: “It’s such an amazing thing. You meet so many amazing people, because you’re going to a CrossFit gym and you’re going to put yourself through this pain, they are driven humans, they’re good people. Joe also started CrossFit in 2015 at the later age of 25 when he made the switch from playing semi-pro Rugby. When it came to making a choice between the two, Joe chose CrossFit and began climbing the world rankings.

He feels the sport has great benefits on mental health: “Not exercising daily can be detrimental to your mental health, especially if it's your way of escaping your hectic world even if it's only for 30 minutes to 2 hours a day.

“With CrossFit being so functional and you can do it anywhere, you can help your mental health everyday by doing a little bit of an EMOM or AMRAP. Even if it's only for 20 minutes I guarantee you'll feel better afterwards.

“CrossFit keeps me in my routine too. If you join a CrossFit gym, you’re hitting that class every day and then you've got something to look forward to. Even through lockdown, the classes at every CrossFit affiliate have pretty much continued over zoom through the affiliates lending out equipment to members.”

Joe and Reece both said that the CrossFit community is key: “Whether it's through a members Facebook page or in person if you need anything you know you've got that support. Members are like-minded people who only want to help you. If you need a plumber, solicitor or player for you 5 aside team, you know someone in the gym will be able to help.''

“Everybody talks. It’s not like a commercial gym where nobody really speaks to each other unless you already knew them before you came into the gym.”

Now that you know the basics of CrossFit, it's time to get moving! If you're looking to start your CrossFit journey, be sure you have the right kit to help you reach your fitness goals. Whether you are joining a gym or working on your fitness at home, CrossFit offers plenty of opportunity to push yourself and grow.