Written in collaboration with Indi 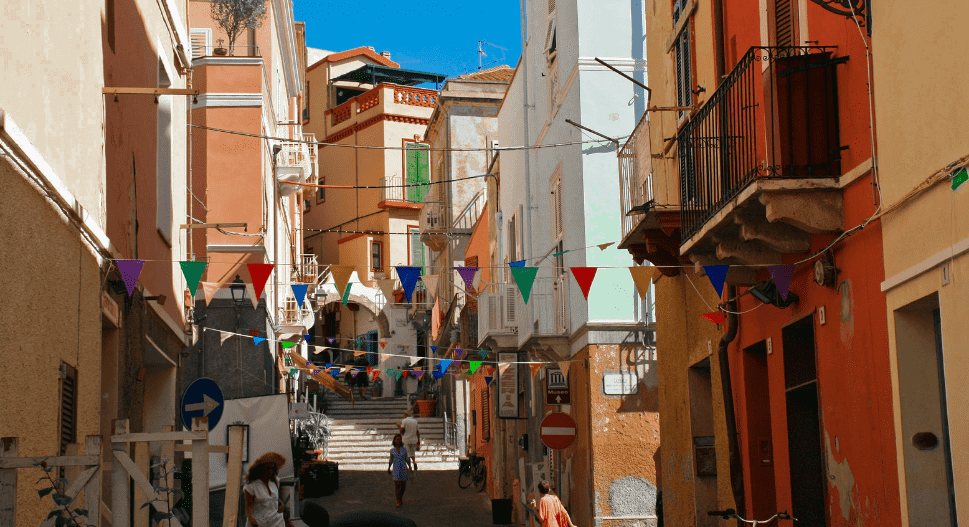 For as long as humankind has been keeping record of time, we've seemingly been trying to be live better, longer. Naturally, what began as an evolutionary drive has developed nuance... we're no longer cavemen just trying to survive, we want to live well, and appreciate all the joys of the modern world.

While the evasive and mythical 'fountain of youth' has yet to be discovered, the idea that wellness longevity pays dividends in the long run is actually founded in evidence. Specifically, there are five places in the world where the locals live, on average, much longer than the rest of us mere mortals. Is the grass greener on the other side? Maybe. If nothing else, it lives longer in these areas of longevity commonly referred to as "Blue Zones". Here's what we can learn from blue zones and blue zone diets.

WHAT IS A BLUE ZONE?

The term "Blue Zone" refers to specific areas with populations of people who live much longer than average. It is a non-scientific phrase that first appears in Dan Buettner's 2005 National Geographic magazine cover story, "The Secrets to a Long Life".

The term recently resurfaced into the mainstream, during the "Down to Earth" Netflix documentary series with Zac Efron, wherein one episode he visits Barbagia, Sardinia a region of the island with a hotspot of centenarians.

Today, there are 5 Blue Zones: WHY DO PEOPLE IN BLUE ZONES LIVE LONGER?

Buettner and his team of medical researchers and anthropologists, demographers and epidemiologists posit there are nine common denominators that influence the Blue Zones, creating the right environment to live well and live long.

In these places, the secret to longevity isn't necessarily about cutting out or avoiding bad habits, but rather, making the right choices over long periods of time. WHAT CAN WE LEARN FROM BLUE ZONE LIFESTYLES?

Research suggests we should aim for 30 types of diverse plants every week, from spices to nuts and seeds and seasonal vegetables. Those living in ‘Blue Zones’ eat a primarily plant-based diet, with as much as 95% of their food coming from vegetables, fruits, grains, and legumes.

Dr Federica, Chief Nutrition Scientist for Indi Supplements, highlights that “Eating a combination of these foods every day helps support our body’s immune and anti-inflammatory functions for a long and healthy life”. However, many of us are simply not getting the nutrients we need from our food.

Indi’s plant based supplements are formulated with real food ingredients so can easily be absorbed by the body and act as a ‘food enhancer’, offering a comprehensive nutritional toolkit, in order to optimise our overall health. Many societies are moving less than ever before and as a result, our ‘Healthy Life Expectancy (HALE) is decreasing. We can now expect to live up to 20% of our lives with a chronic illness.

When it comes to exercise for people in the ‘Blue Zones’, it’s not about hitting the gym or running marathons, they simply live in environments where regular movement is part of their daily lifestyle, without having to consciously think about exercising: they keep gardens, they fish for their food, they regularly walk around their communities. Movement is naturally part of the lifestyle.

In Okinawa, Japan, where they have the world's highest proportion of centenarians, a 2500-year old mantra “Hara hachi bu” is used when eating, which teaches you to consume your food until you are only 80 percent full. This eating habit has led to their population having one of the lowest rates of illness from heart disease, cancer and strokes.

People in the blue zones eat their smallest meal in the late afternoon or early evening and then don’t eat again for the rest of the day. Adopting habits such as trying to consume your food more slowly, eating from a smaller plate and ensuring you are totally present and not distracted at meal times can help you harness this mantra. We’ve long been aware of the benefits of drinking red wine, but how often and which variety is more important that you may realise. Those in the majority of all blue zones drink alcohol moderately and regularly and research has shown that moderate drinkers outlive non-drinkers.

Those in the Barbagia region of Sardinia drink 1-2 glasses per day, preferably of antioxidant-rich Sardinian Cannonau wine, accompanied with food. This variety of wine has up to 3x the level of flavonoids and small amounts can help prevent molecules, known as free radicals, from damaging cells and protect the body against the risk of cancer, heart disease, and dementia.

We know that food is made up of complex chemical structures, which interact with one other as well as with our gut microbes and our cells. What’s exciting to see in recent research is how plants can act to help improve our health in clinically measurable ways including managing levels of stress.

Nature’s pharmacy includes polyphenols in dark plants and fruits such as cavolo nero and haskap berries, which help counteract oxidative stress and reishi mushroom, which helps to rebalance hormone levels and may improve your body's ability to cope with stress. Indi’s Supplements contain carefully selected active plant powders that are minimally processed to maintain their natural beneficial effects.